Khurram Ghani opened his first store, Island Lake BP, in 2015. After seeing success with this store in a small community, Khurram saw an opportunity to expand and open a second store. His second store, Jefferson BP, was opened in Joliet, IL in 2017. In a town with close to 170,000 people, he saw a lot more room for growth and success.

As an independent owner competing with many large chain stores around him, Khurram invests his time in a lot of advertising. When customers swipe their card at a pump, the machine will begin speaking, telling customers about promotions and advertising, one of which tells people that they can use their EBT card in his store. He changes the advertisements every few months depending on what specials he has going on. Since he is an independent owner, he tries not to spend too much money on big advertisements.  He also invests in signs around the store advertising deals such as:

Deals on milk and bread grab the attention of his EBT customers, who are a big clientele for both of his stores. When he heard of  goEBT’s Bill Pay solution , he sa

w this as another opportunity to cater to his EBT customers and offer a better service than his competition could.  When he initially signed up, he was unsure of how successful the solution would be. With the help of a promotion going on with goEBT’s Bill Pay at the time, mail was sent out to the area letting the neighborhood know about the new solution at his store. Soon customers began coming to his store curious about what the Bill Pay solution was. He said that with the help of goEBT’s advertising to the community, he saw new customers and repeat customers coming to his store to pay their bills. Aside from Bill Pay and EBT processing, he offers fishing and hunting licenses and does money orders.

Khurram’s motto is: “ The better the store and better the customer service, the more likely customers will come back.” His employees are held to high standards ensuring that the store is well stocked, bathrooms are cleaned, and pumps are wiped down throughout the day. He also gives his employees an incentive to perform at their best by offering a cash bonus at the end of every year. Through BP Mystery Shopper, every quarter a mystery shopper comes into the store to grade it. If they receive a 100%, their store receives a cash bonus. Both of Khurram’s stores have gotten a 100% 6 times in a row. The cash bonus goes to his employees at the end of every year as a job well done.

Khurram plans on adding a Chester Chicken to his Joliet location in November 2018. Right now, both stores have a small fridge close to the cash register that offer cold food like sandwiches, cheese sticks and more. He intentionally puts the fridge next to the cash register as customers are more likely to have impulse buys at checkout.

For now, Khurram has his focus on the two stores, looking for new ways to better them. Since his stores are in a large EBT area, he puts a large amount of focus on those customers learning what will attract them. What attracted more EBT customers to both of his stores was adding the Bill Pay solution and also offering deals on grocery items. With the great success of the two stores, he is looking into opening a third store in the future.

Are you interested in becoming one of our Merchant Spotlight? 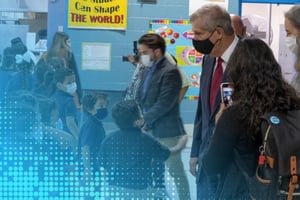 Since 1946, the National School Lunch Program has provided nutritionally balanced, low-cost or no-cost lunches in schools to improve the health and wellbeing of America’s children. Research shows school meals may be the healthiest food children receive in a day, especially during the COVID-19 pandemic. 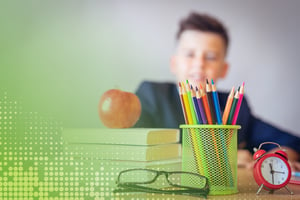 The National School Lunch Program is arguably the most important anti-hunger program for school children in the United States. As we welcome kids back to school for the 2022-2023 school year, let’s learn more about the NSLP and its impact in the United States …