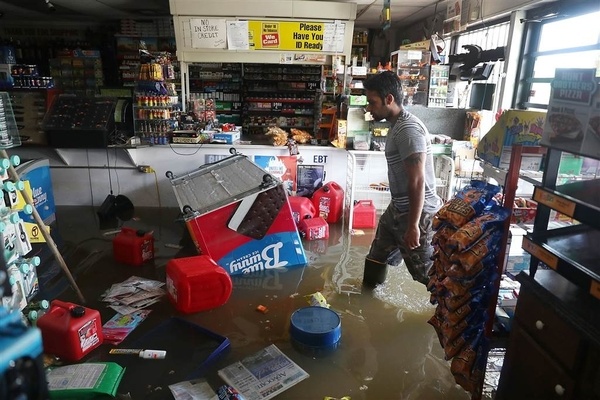 goEBT Among Those Helping People Affected by Harvey

As the victims of the recent hurricane Harvey struggle to recover their homes and livelihoods, goEBT, among other entities, is working to offer some relief to consumers and business owners alike.  The storm has been called “one of the largest disasters America has ever faced” by Texas Gov. Greg Abott, and its toll grows heavier every day.  Businesses, individuals, and organizations across the country have jumped in to make a difference however they can.

We’re waiving fees for retailers whose stores have been damaged or are shut down because of the hurricane.  The success of our merchants is our primary goal, so we’re more than happy to relieve them of an expense during this difficult time.  As merchants notify us, we will also be sending out replacement equipment free of cost for those retailers whose EBT terminals have been damaged.  Our hope is that we can make re-opening these affected stores just a bit easier, so merchants can do business and SNAP recipients can use their benefits.

Retailers can reach us at 800-277-5165 to notify us if their store or EBT processing equipment has been affected by the hurricane.

The USDA has announced that now through September 30, 2017, Texas SNAP recipients are able to use their benefits for the purchase of hot foods.  These purchases will also be exempt from sales tax when SNAP benefits are used.  The USDA is encouraging FNS approved SNAP retailers to let their customers know that they can purchase hot food with their SNAP benefits.

A Regional Emergency Declaration for Texas and Louisiana was issued which exempted drivers from certain requirements.  Most importantly, drivers who are providing direct assistance during the emergency have been granted relief from certain limitations and restrictions.

Anheuser-Busch has officially taken a break from brewing beer in order to produce cases of canned water that will be delivered to Red Cross shelters in Baton Rouge for receiving and distribution.  The beer company, based in Georgia, will send more than 50,000 cans of drinking water to those in need.

The Texas-based fuel company is making contributions totaling $500,000 to regional Red Cross organizations along the Gulf Coast to help with community relief.  Exxon is also working to ensure that emergency responders and other service providers are given priority in getting the fuel they need.

Kroger is donating $5 to the Houston Food Bank for every social share of the #KrogerCares post, up to $100,000.  Kroger is also inviting customers across the U.S. to visit one of their select stores to make a cash donation to the American Red Cross.

Between corporations involved in the c-store industry and government agencies, there are so many people across the nation stepping up to help during this time of struggle. Our thoughts and prayers are with all our retailers who have been affected by this storm, their families, friends, and customers.