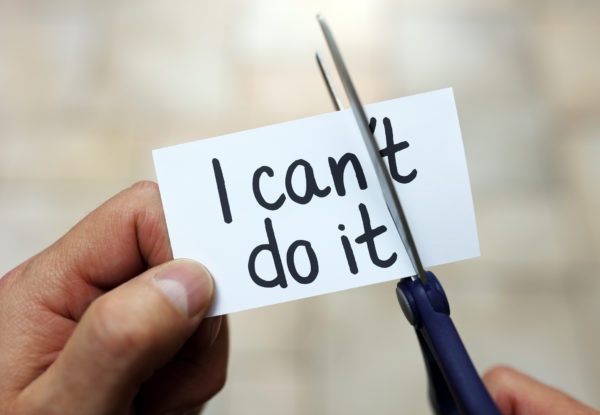 In 1927, 7-Eleven started off as an icehouse in Dallas. Ninety years later, with over 8,000 franchises in the US and Canada alone, it is one of the largest c-store chains to date. Known for its Slurpee and Big Gulp drinks, 7-Eleven is undoubtedly the most recognized convenience store in the world. 7-Eleven's biggest growth markets include Los Angeles, New York City, San Diego, Chicago, San Francisco, Washington, Baltimore, Seattle, Tidewater, Dallas-Fort Worth, Orlando, and Tampa. In recent times it is growing faster than ever. In November 2015, 7-Eleven acquired 100 gasoline retail sites in Florida alone.

So, what is their strategy?

"7-Eleven defines its competitive advantage as 'Retailer Initiative'. The initiative allows a store operator to align his or her product assortment with the store's customer preferences". 7-Eleven understands that owners know what items will sell the best in their store. Giving owners control over the inventory and providing stores with fresh options are the main reasons 7-Eleven has been so successful. They also go above and beyond by constantly introducing new products from their "restaurant-quality" team. To participate in the new fresh food trend, they started a line of juices, salads, and wraps developed by fitness guru Tony Horton in 104 stores in the Los Angeles area. These are just some of the ways that 7-Eleven has been able to grow so rapidly over the years.

Circle K, also known as Alimentation Couche-Tard, is the largest c-store in Canada. Now growing in the United States, Couche-Tard has over 8,000 stores in all of North America. Recently the company decided to change all of their stores officially to "Circle K" in order to unite and further grow their brand. "The new Circle K brand will replace Couche-Tard’s existing Circle K, Statoil, Mac’s and Kangaroo Express branding on stores and service stations across Canada, the United States, Scandinavia, and Central and Eastern Europe". This went into effect in January 2016, along with a new logo to complete the re-branding. This is just one of the ways that Couche-Tard has been able to grow so rapidly in the last year. They are a great example of how something as simple as a logo change can have a huge affect on your c-store.

In 1958 Quiktrip was initially founded in Tulsa, Oklahoma by Chester Cadieux II and Burt Holmes. Since then, they have opened up 723 c-stores in over 10 states. They have more than 17,000 workers with total sales estimated at over $11 billion. Quiktrip has seen great success in recent years due to its unique store design. The newest stores are over 5,000 square feet to allow for a better flow of foot traffic. They achieve this by featuring four different entrances, two in the front and one on each side. Quiktrip is a consistent customer favorite due to many of their charitable efforts. They have given back through donations to The United Way and Folds of Honor that benefits the families of veterans. This combined with many other positive aspects of the business has placed them on Fortune magazine’s annual “100 Best Companies to Work For” list for the last thirteen years. This is just one of the many reasons why Quiktrip has grown so tremendously and will continue to push to the top as one of the biggest c-store chains.

Kroger is not the typical c-store. This company got its start as a grocery store and has slowly branched into selling gasoline. In 1988, Kroger began selling its fuel at over 2,000 locations becoming one of the biggest in the industry. Selling in over 30 states, Kroger has become the third-largest owner-operator of fuel centers in the US. To accompany their large grocery store chain, the Kroger company also operates 790 c-stores under six different banners across 19 states.

What are they doing differently?

Both the grocery and c-stores offer private-label products, varying from generic to organic under the "Simple Truth" label. Their newest c-stores are built from 1,100 square feet to 5,800 square feet on 1 to 2 acres of land.They believe that the most successful locations are in small to medium sized towns, with fewer than 75,000 residents, and near interstate highways. "The new stores generally offer four to eight gasoline pumps, covered by a large, lighted canopy. The majority of the gasoline facilities have the latest credit-card reader technology." Kroger has a unique business model that stretches into multiple grocery and c-store categories. Because of its diversity and advanced business practices, Kroger has been able to spread all over the US extremely fast. 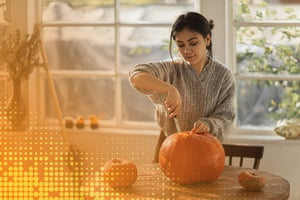 Retail Trends for C-Stores and Grocers This Fall

Retailers nationwide are preparing to accommodate all things fall this season – from seasonal produce to Halloween candy and more! In honor of the first day of fall, let’s dive in to what inventory trends you should expect to see this fall.

Grocers, Bodegas, and C-Stores Can Benefit from More People Cooking at Home

Grocers, c-stores, bodegas, and specialty retailers can benefit from more people cooking at home due to inflation. While consumers are quick to cut back in other areas, food is always going to be a necessity. 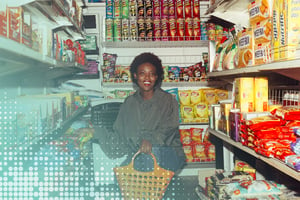