SNAP Through the Years

Today, there are roughly 44.2 million Americans receiving food stamp benefits, including children.  With an average of $125 in benefits being issued to each individual in the program, the Supplemental Nutrition Assistance Program (SNAP) is a critical part of the federal aid available to low income Americans.  Over the years, the program has evolved a great deal and as changes continue to be made it’s important for both benefit recipients and the retailers that accept the benefits as payment for food to understand how SNAP is changing and why.  As a SNAP retailer, taking the time to understand where the program started and how it’s evolved thus far is a great first step.

May 1939 – The United States Secretary of Agriculture, Henry Wallace, created the first Food Stamp Program to help mitigate the issues of large farm surpluses and under-nourished city dwellers with little money.  The program allowed citizens on relief to receive free food stamps (with the purchase of stamps for their normal food spending) to be used only for the purchase of surplus goods.  This original program lasted almost 4 years, until a boom in employment and the lack of surplus brought about its termination.

February 1961 – John F. Kennedy signs his first Executive Order, which called for expanded food distribution and the initiation of pilot food stamp programs in multiple states.  President Kennedy’s pilot programs still required purchase of food stamps but no longer required the recipients of free stamps to use them on surplus foods.

1964 – President Lyndon B. Johnson called for a permanent food stamp program in an effort to fight poverty.  The House of Representatives worked to develop a program that made food stamp purchases easier and strengthened program eligibility standards to prevent fraud.  The major provisions to the original plan for the program were:

1977 – The Food Stamp Act of 1977 eliminates the requirement for participants to purchase stamps and establishes uniform national standards for participant eligibility.  This act also included the expansion of the program into minority communities, more federal support for state implementations, and restricted access for university students.

1981 – The Ronald Reagan Administration severely cuts the budget for the food stamp program, causing a rise in hunger during the 1980s.

1990 – Some funding is restored to the food stamp program to combat the existing hunger crisis.  EBT access is also expanded to further streamline the Food Stamp Program.

2000 – Eligibility is extended to children 18 years old and younger and immigrants, which played a large role in the dramatic participation increase.  EBT cards fully replace the traditional paper food stamps.

2008 – The Farm Bill renames the food stamp program the Supplemental Nutrition Assistance Program (SNAP) and restructures the program to place a greater focus on nutrition and encourage the purchase of healthy foods.  States also begin to make SNAP benefits easier to use at farmers’ markets and other non-traditional grocery settings.

2011 – SNAP participation reaches more than 45 million Americans and the program becomes a critical health and nutrition initiative for the country.

2014 – President Obama signed the 2014 Farm Bill that allocated hundreds of millions of dollars to the various initiatives to increase fruit and vegetable purchases with SNAP benefits.  This Farm Bill also tightened the requirements for SNAP retailers to accept EBT payments.

It’s important to make sure you are up to date with the requirements for accepting SNAP or EBT benefits in your store.  Legislators are still hard at work developing more ways to further refine the way that people become SNAP recipients and retailers can accept the benefits as payment.  Stay on the lookout for more changes that the USDA is pushing for, including:

Check out the USDA's "50 Years of SNAP" Infographic!

You might think that your drink coolers only serve one purpose: to keep drinks cold for customers. While this is the primary function, you could be leveraging the surface area of your coolers to boost sales through signage opportunities and organization and save money on energy costs to keep more of your profits. Here are a few ways you can make sure you’re getting the most out of the coolers in your c-store. 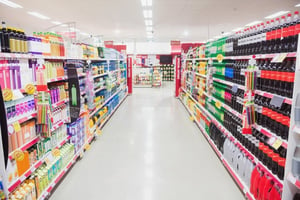 The shelves in your c-store are more important than you might think. Yes, they’re what hold your products, but many retailers are finding a competitive advantage by following and implementing the latest shelving innovations. Their shelves attract customers to products; they make shopping more natural, and they're boosting sales. Don't get left behind! Get a jump start with these latest shelving innovations. 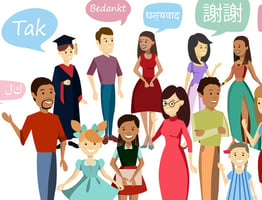 How to Cater to International C-Store Customers

One of the best parts about operating a c-store is that they are universally recognized across the world as a place to pick up quick essentials. Chances are international customers shop at your convenience store or small grocery store every day. You might wonder how you can best serve them, and we’re here to help.