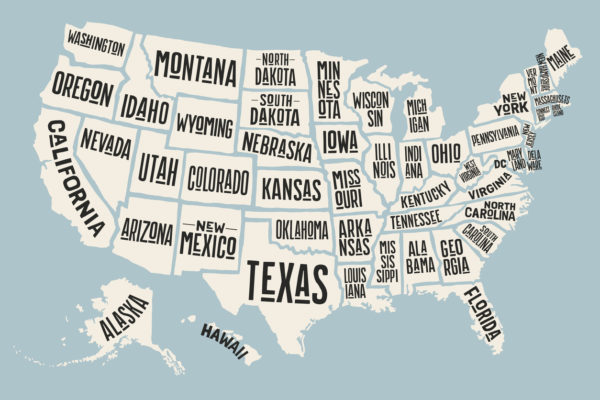 By the end of 2016 there were over 150,000 convenience stores across the United States. As this number continues to grow, we see that there is a huge demand for convenience as they help to expand the communities that they are apart of. Take a look as we dive into the top five states that we believe are dominating the c-store industry and the chains that helped put them on the top.

With 253 million cars and trucks on U.S. roads convenience stores are a business that is not going away anytime soon. Customers often pick favorites and create almost a cult-like following. To see who has the most loyal customers GasBuddy collected data from millions os users and these are the results: 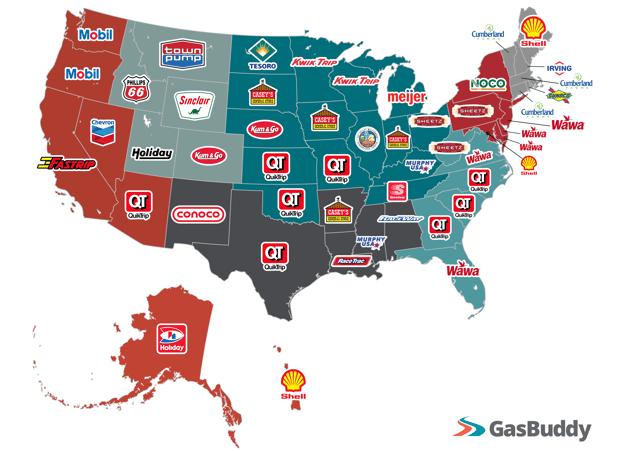 Everything truly is bigger in Texas, especially when you are counting the number of c-stores. Texas has over 15,671 stores that include both large chains and single-store operators. According to GasBuddy, customers have voted QuickTrip the top c-store in Texas. With 953 locations nationwide, the company has been steadily growing since their start in the 1950s. They currently have 134 stores in Dallas-Fort Worth and plan to expand into the San Antonio and Austin area with over 100 new stores. Construction begins later this year and all locations will have one of their most popular services, the in-store QT Kitchen, "which serve fresh, made-to-order food such as pizza, specialty drinks and frozen treats".

Texas has also been huge for single store owners, especially for the winner of the 2016 best original c-store design Morton's, from Hallettsville. They feature a drive-thru grocery among other awesome services, which goes to show that Texas goes above and beyond in the world of convenience.

As the largest state in the country it is no surprise that California has over 11,774 c-stores within its borders. The c-store chain Fastrip is the customer favorite, with more customers choosing them over their competitors. California is also known for implementing many different laws and regulations that could hurt c-store business in other states. Programs providing additional electric car rebates and the recent banning of flavored tobacco in San Fransisco have not hurt California's c-stores.

One single store owner in California has redefined the traditional c-store concept by creating an upscale experience. "ENRoute is stocked with a curated selection of fine wines, specialty foods, craft sodas, fresh-baked baguettes and cheeses." They also are a huge part of their community by donating their leftover food to a local crisis center and food pantry. This state seems to be a place where the convenience industry is flourishing, and will no the slowing down anytime soon.

Florida has a whopping 9,930 c-stores. With so many stores to choose from it is interesting to see that the top rated store is Wawa. With an estimated $9 billion in sales from 650 stores in six different states we see that Wawa is the example for true customer loyalty. Those who frequent Wawa have forced the company to continue its expansion to the southern parts of Florida. There is no telling where they will go next, and it is interesting to think about which state Wawa plans to conquer in the future.

New York has never been known for being timid or reserved. This is especially true when we look at some of their 8,570 c-stores. New York is home to millions, which means that c-stores have to cater to a variety of customers. NOCO Express was rated number one in the big apple by Gas Buddy users, but c-store lovers have been showing their appreciation for convenience in other unique ways: through art. One installation in particular is a c-store that has products that are made completely of felt. The "store" may have your favorite drink or snack, but you will not be able to use it. This is just one of the many c-stores in New York that have a personality unlike anywhere else.

This is also true for the owner of the single store Shane Dutil the owner of D&D meats who has over 100 homemade products. From grass-fed to gluten free, D&D has products that cater to every diet and taste. New York seems to be a hub for great convenience, even the New York Times is celebrating the convenience culture by highlighting the recent trends that have been emerging. With all of this diversity it is easy to see why New York is number four on our list.

Known for sweet peaches and even sweeter hospitality, Georgia is home to over 6,761 c-stores. QuikTrip re-emerges from our top pick as the top rated store in Georgia. With 130 stores in the Atlanta metro area, it is easy to see why so many customers love the quick and effective store design. Atlanta is known as one of the worst cities for traffic, and the last thing many commuters want is to spend time in line or waiting to pump their gas. QuikTrip's fast nature is undoubtedly the reason for its rising popularity this past year. As QT enters new markets it is interesting to see if the c-store will do well in other high traffic areas such as New York or L.A.

Overall, the convenience industry is made up of thousands of unique c-stores. With no two businesses the same, customers are picking their favorites and making it clear who is doing it right in their area.

Retail store owners of convenience stores, grocery stores, specialty retail and the like can experience big benefits by investing in technology. It has made its way into almost every facet of our lives and has proven to be a necessity. Although technology can have its drawbacks, there is no doubt that it has made our day-to-day lives more efficient and has revolutionized businesses. Here are 5 benefits of technology for business …

C-store owners should recognize the importance of having a stable inventory of fresh foods. Convenience has become a non-negotiable expectation for consumers. People want one-stop-shops that are quick, easy, and affordable. Since c-stores are no longer the only business catering to this need, retailers should focus on going beyond convenience and incorporating high quality foodservice options.