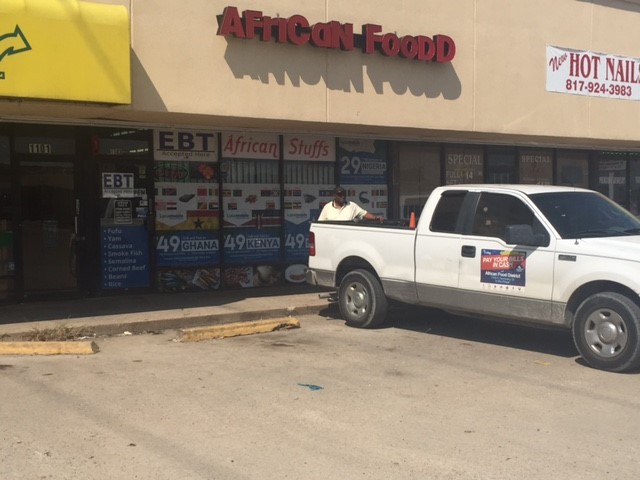 African Food District is in a small plaza in Fort Worth, Texas.  Unlike the majority of goEBT retailers, African Food District is more like a small grocery store than a traditional convenience store and serves a unique group of consumers.  The store’s owner, Marco, is focused on selling items typically used to make traditional African meals, but he also carries your standard convenience items 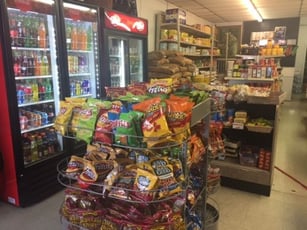 like chips and soda.  His core items include different kinds of fish, turkey, goat meat, yams, and various canned foods but his inventory spans all the way to clothing.  At African Food District, customers can stop in for staple items like milk and vegetables, and leave with unique oils and flowers to complete their dishes.  Even with such a diverse inventory, Marco is doing more than relying on grocery sales to build his business.

Marco has owned African Food District since January 1st and is taking steps to keep growing his customer base and boost his profits.  With simple additions like goEBT’s Bill Pay program, Marco is giving his regulars one more reason to stop into the store.  For Marco, Bill Pay is a great way to bring in customers who might not have otherwise came to African Food District for groceries.  Marco also says that accepting EBT has a been an added benefit for his customer base because it makes getting groceries they might not find at a standard American grocery store much easier.

Because African Food District is in a small plaza and located near other types of businesses, advertisements have helped Marco drive more traffic to his store over time.  He says that by passing out flyers and business cards, he’s gained a lot of new customers in just a short amount of time.  As a Bill Pay location, African Food District even comes up in a simple Google search, which also brings in many of his new customers.

Even though Marco’s seen a significant and continuous increase in traffic since January, he’s still working hard to drive even more growth.  As he looks toward the future, Marco says he’d love to open additional store locations when the time is right. With the efforts he’s making to improve his store’s value and his family’s help running the store, he’s well on his way.

Are you interested in goEBT's Bill Pay solution? Find out more about the solution that is helping c-stores like Marco's get more business!

Ravi Patel is the owner of Little Giant convenience store in Calhoun, Georgia. For the last six years, Patel has strived to make his business better than his competition by going above and beyond in the areas of customer service and convenience.

Mital Patel is the owner of two different convenience stores in West Virginia.  Since 2015, Mital has been continuously improving his Shop Rite store and in July of 2017, he opened a second location, Corner Shop.  Mital is an enthusiastic business owner who believes that providing customers with a great variety of products and plenty of convenient services is the best way to keep his c-stores thriving. 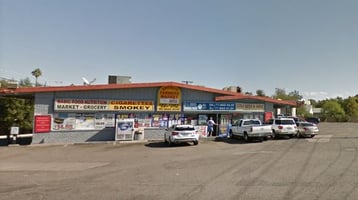 For this month’s Merchant Spotlight, we spoke with Jeremiah from University Farmers Market in Mesa, Arizona.  Three months ago Jeremiah took over the 40-year-old convenience store, and is enjoying the opportunity to continue growing the business.  Jeremiah has made a lot of changes and additions to the store in just a short time and says he’s already seeing the benefits.