Building an Eco-Friendly Business by Charging for Bags

Being environmentally friendly is nothing new, and in most markets, it is becoming more important from a business perspective that you attempt to protect the planet. There are a million ways to reduce energy use, recycle or use recycled goods, and eliminate environmentally harmful products from circulation. In today's blog, we are going to discuss whether or not charging for plastic bags can make a difference and the other benefits it can provide for your store.

END_OF_DOCUMENT_TOKEN_TO_BE_REPLACED

Have You Heard of the NACS In Store Initiative

A large part of gaining favoritism among legislation is bringing these officials to your level as a store owner and showing them how valuable your business is. In recent years, the value that C-stores provide to their community was lost in the eyes of legislators. Laws did not exist to protect the C-store industry from data breaches or loss of people's financial information. NACS is seeking better representation from legislators and government officials in the hopes of turning this around. Through this new initiative, NACS expects a better understanding from government leaders when passing laws to bring more success to C-Stores across the nation.

END_OF_DOCUMENT_TOKEN_TO_BE_REPLACED 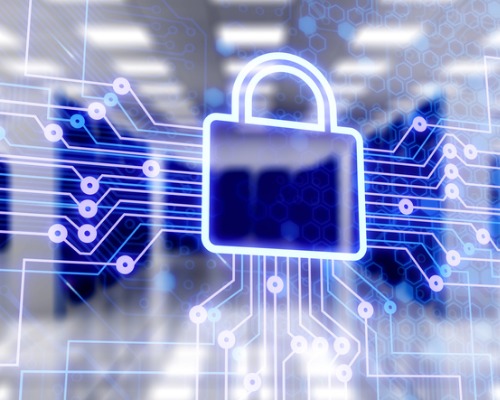 NACS is Working to Protect the Convenience Industry in Data Breaches. Find Out How They are Going to do it

It's unfortunate to admit but with past legislation, many C-Stores were left on the hook for crimes not caused by themselves. Recent years saw many convenient stores covering for issues caused by processing companies and credit consolidators like Equifax. These issues, mainly data breaches, cost millions of dollars to consumers and business owners when they happen. The tides are shifting and current legislation has made small businesses more of a priority by holding big processors accountable.

END_OF_DOCUMENT_TOKEN_TO_BE_REPLACED 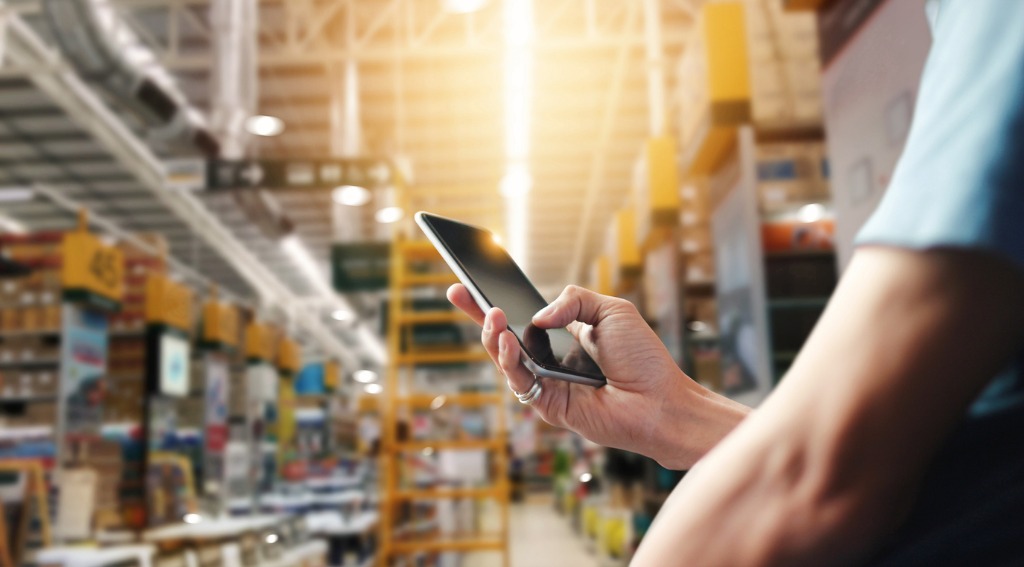 Technology is always making advancements to help whatever industry they are implemented in. Retail is no different and over the past decade, plenty of innovations have hit the market to make business life easier and improve a customer's shopping experience. In this blog, we will list our top 10 favorite developments, that we believe, can put your business at the forefront of the market and help you succeed.

END_OF_DOCUMENT_TOKEN_TO_BE_REPLACED

Your Guide to Staying Organized

In business, time is money, and if you are spending too much time trying to maintain your store, you may be losing money in the process. Organization is more important than most people realize and it can drastically affect how customers perceive your business and how you run it. If you're struggling to keep your products in order, reduce clutter, and track all purchases/invoices then here are a few tips to get your business back on track.

END_OF_DOCUMENT_TOKEN_TO_BE_REPLACED

Sales are High but Profits are Low, What Should You Do?

Issues with high sales and low profits usually relate back to your store's product margins. Margins refer to the amount you spend on a good versus how much you sell it for.  Simply put, when you subtract your cost of a good from the amount that you sold it for, the remaining amount is the margin.  The goal of any business owner is to maximize their margins so that they are gaining as much profit as possible from every product they carry. For many businesses, combining the cost to ship and purchase the good while keeping it at a low price for their customers leaves them with little money left in their pockets. Factor in all the other expenses businesses have each month, and people can be operating in the red and losing money more often than they can afford to.  If you find yourself in a similar situation, we have some options for you:

END_OF_DOCUMENT_TOKEN_TO_BE_REPLACED

As the title mentions, this blog is meant to assist the businesses who struggle with high traffic coming into their store, and their ability to cater to all their clientele efficiently.  While the profits from consistent rushes are great for your wallet, if you are unable to help every customer who comes through the door then you might lose business over time. Now, these tips are not just for those businesses who have high volume, but can also help businesses who are looking to increase their shoppers.

END_OF_DOCUMENT_TOKEN_TO_BE_REPLACED

How Delivery Options Could Benefit Your Small Business

Delivery services have been established for decades now, but have not seen a lot of change until "recently" with Amazon. When I say recently, yet Amazon revolutionized delivery a few years ago by offering same-day delivery. It didn't take long before other companies began to offer the same thing, and not long after that, people's favorite fast-food restaurants began to make getting a Big Mac easier than ever before.

END_OF_DOCUMENT_TOKEN_TO_BE_REPLACED

Roeser's Bakery is much more than just your average, every day bakery. This bakery's owner, John Roeser, has made sure that his bakery caters to customers in a way that stands out among the rest. First, he draws them in with the glow of his 20-foot neon sign that shines down the street.

The huge sign calls back to Roeser's opening, over 100-years ago, and shines just as brightly as a sign outside a Broadway theater.

Roeser’s Bakery was founded in 1911 and although the world has seen much change since that time, Roeser’s is still a refreshing reminder of the tried and true standards of baking and a great neighborhood business. Opened during WWI, the bakery has continued to serve the people of Chicago through our country’s highs and lows. That isn’t to say that Roeser’s Bakery has been untouched by events of the past.  When I asked about struggles his business had faced, John told me, “Sometimes it’s food costs- butter, sugar crop, eggs, etc... sometimes it’s maintenance costs- bread slicer breaks down, mixer breaks down, or one of the ovens breaks”.

John also mentioned a struggling economy can sometimes bring about struggles in his business as it does with most. John is an affirmative man, though, and remains hopeful and hardworking through it all. “The way to overcome them [hard times] is to just buckle down, don’t give up, find ways to be more efficient and do your best to keep steering the ship in the right direction, that’s all you can do.” With a family-owned business still in tact after over 100-years, it’s hard to argue that Roeser’s Bakery has proven this strategy to be a success.

END_OF_DOCUMENT_TOKEN_TO_BE_REPLACED 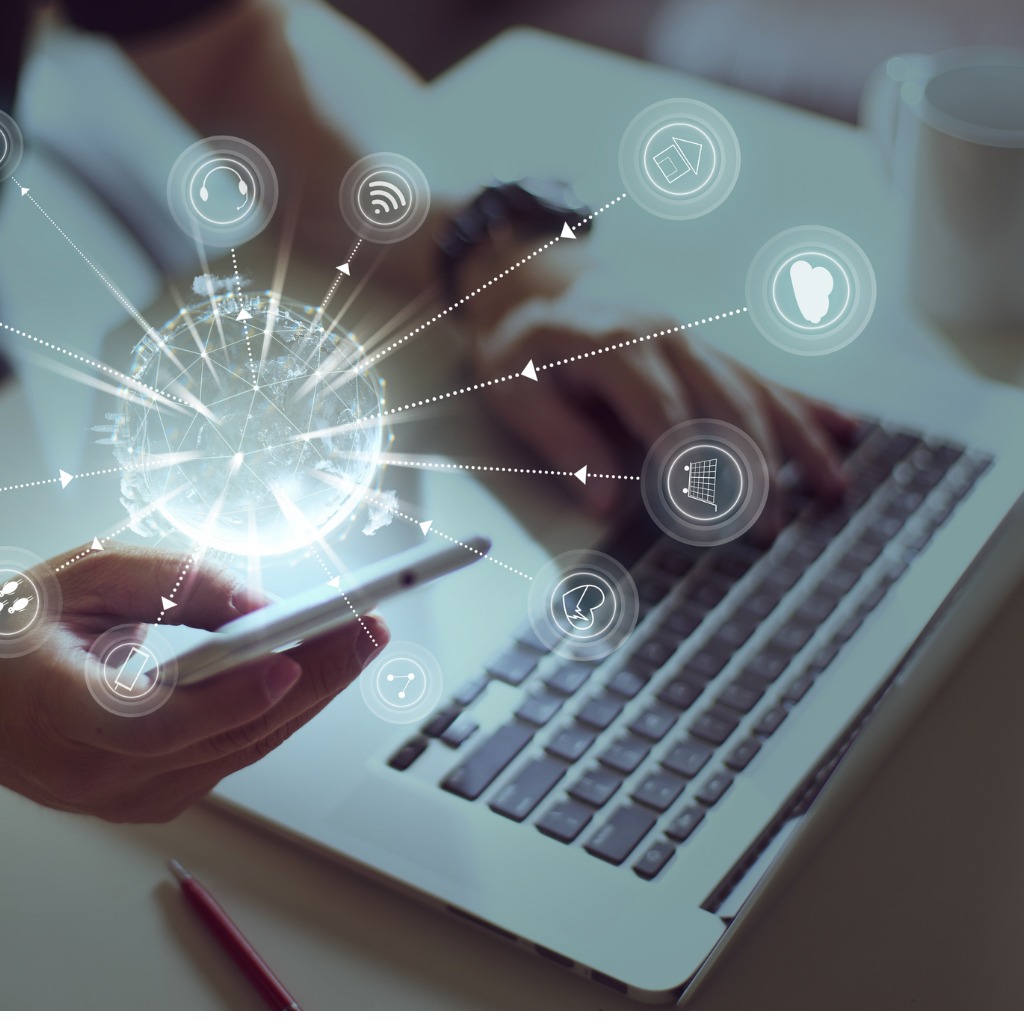 What Does "Omnichannel" Mean and How It Is Impacting Retail?

As a business, it is crucial to have a plan for how you reach your audience and how immersive you make the experience. People generally think in a way of promoting their business on individual channels i.e. Facebook, Instagram, Twitter, and many others. With each of these multi-channeled approaches, it is very hard to attract customers all at once. Certain messages may not be delivered the same or provide the proper message. An omnichannel strategy is built around the idea to align a companies sales, marketing, and services into one cohesive and convenient experience for your consumer.